One of my first step when working with depression is often reframing the issue and challenging the nominalization. 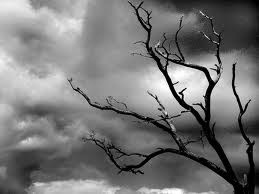 One of my first step when working with depression is often reframing the issue and challenging the nominalization.

What is a nominalization? it’s a term developed by the creators of NLP, Bandler and Grinder that describes how an action has been transformed into a noun. Such as the action of failing, that became the noun “failure”. The ultimate way to figure this out is to use the wheel barrow test: If you can’t put it in a wheelbarrow it’s a nominalization!

What’s the point in spotting nominalizations? When you transform an action into a noun, it gives it permanence and a solid existence independently of you. And when you say “I’m a failure” It defines your identity rather than your behaviour (I failed at something). An action completely depends on you, as you’re the person performing it, therefore you’re the one who has got control over it.

So when working with depression, I start with explaining what a nominalization is, engaging the client in discovering why that can be a problem. When they recognize that it’s the case in their specific situation, I ask them the very powerful meta model question: “so, what’s depressing you?” This question is essential, as when a client comes into your practice and tearfully tells you how they feel everything is wrong in their life, that they have depression and they’re very unhappy, it may be overwhelming for both you and the client, and quite challenging to find how to tackle this. On another hand when you narrow it down to what specifically has a negative impact in their life, it makes it much easier to address and can reduce drastically the issue.

Once again last week I saw a client who came to see me with depression, diagnosed by her GP and given some antidepressant. We did our fourth session then, and once more, I heard her reporting she was feeling already so much better; to use her words “I so am on the roll!” And the reason for that is simply that during our first or second session by asking her what was depressing her, she recognized it was her critical inner voice that made her life miserable. Of course, if you’re constantly living with someone who puts you down and criticize you 24/7 how are you not going to feel depressed?! And this simple realization, with the help of some coaching, allowed her to start shifting her internal dialogue, with the immediate effect of altering her feelings and improving her general mood.

Today I saw another clinically depressed client, on his third session with me. So far, I had only done coaching and some NLP reframing starting with my usual nominalization approach. He himself recognised from the beginning of the session that he only had had depressing thoughts (vs. having depression) 5% in total in the past week, and recognized happily that he couldn’t say any longer that he had depression. And that is even before engaging in some deeper NLP or hypnotherapy processes.

And even though in some cases depression is indeed a clinical illness, in a lot of situations our depressed state is only triggered by our thoughts on a possible challenging situation, that in turn activate our depressed feelings. But we are capable to take control of our thoughts and labelling a temporary negative state as depression makes it much more difficult to recover from it as you are now fighting what unconsciously you feel is a static problem. This is not minimising the issues in any case, simply approaching it in the most useful way to handle it as quickly as possible. So the first step is to recognise that it is a temporary state of affairs that could turn around as quickly as it came over. And then it is about finding the tools that work best for you to begin to do something about it. You could turn to NLP and hypnotherapy, of course, but you could also go for CBT, EMDR or any other therapy that is the most suitable for your needs.