I’ve recently read a very interesting article by Andy Hunt on how what we learn as children is totally orientated towards our survival and safety. That got me thinking on the parts integration process I was talking about in my previous post and the origins of those parts we so often try to fight on a daily basis. 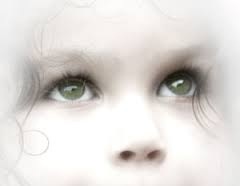 I’ve recently read a very interesting article by Andy Hunt on how what we learn as children is totally orientated towards our survival and safety. That got me thinking on the parts integration process I was talking about in my previous post and the origins of those parts we so often try to fight on a daily basis.

What struck me the most in this article, is to realize that as children we are totally suggestible to the influence of our primary care givers. Not only do we model them, their reactions to certain stimuli and their behaviours, but we completely absorb their values and beliefs because we haven’t had enough time yet to build our own.

As Andy says, if you’re lucky you’ll have been raised in a balanced and supportive family. But how many of us can say they have never faced criticism, rejection or any other negative patterns whilst growing up? which means that you’re likely to have developed some limiting beliefs about yourself, perhaps internalized your care givers critical voice, or unconsciously learnt some destructive behaviours that are still at play in your life today.

The good news is that all this is only learnt. As children we haven’t developed yet any strategies to avoid being influenced in this way. But it doesn’t mean that as adults we can’t start to learn some more useful behaviours and values. And our brain has got extraordinary capacities to expand, therefore if you’ve learnt this, you can definitively learn something else. The question is HOW.

Coming back to this amazing process that the parts integration is, I think we can definitively use the opportunity to do some inner child healing there. As this process is traditionally seen as solving internal conflict, I do however believe as I mentioned before, that there’s much more to it: because the part of you in charge of a negative response relates to something likely learnt during childhood. The first step is therefore to reframe that part in order to understand what it was intending to do when it was created. Whether it was to protect you or to cope with the difficult situation. That allows to recognize that this part isn’t your enemy, simply the inner child in you that haslearnt this response in those specific circumstances.

That’s when I like to introduce the philosophies of Transactional Analysis into this process. The part of you that fights this negative behaviour is likely to behave like the critical parent, rejecting and judging. Now if you look at the unwanted part as a child who’s only trying to cope, how does that change your approach to it? How can you go from a critical inner parent to a nurturing one? And I think that’s where the power of this process is. Allowing those inner parts to reconcile and care for each other rather than fight. That opens the door to new possibility and new learnings.

Which naturally leads the client to learn some more useful behaviours: if you start by forgiving or caring for that part you’ve been rejecting for years, that takes away the conflict and allows healing to take place. Which in turns generates a natural evolution towards being the adult. Either by growing the part in Connirae Andreas‘s way. Or using some additional tools such as Transformational coaching and Cognitive Behaviour Therapy to consciously learn something new.

My final reflection on this topic is that clients and human beings are in general made of much more than a few parts that need conflict resolution. We all are complex human beings and by integrating different approaches and different ideas we might indeed start to free ourselves from the past and become the best of our potential.