I often have been asked the question “what is the difference between NLP and Hypnotherapy”? It is actually quite difficult to answer as they aren’t easily defined and there are multiple ways to look at hypnosis and NLP. But I’m going to intend clarifying that by giving you my understanding of it. 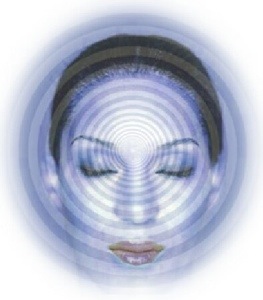 I often have been asked the question “what is the difference between NLP and Hypnotherapy”? It is actually quite difficult to answer as they aren’t easily defined and there are multiple ways to look at hypnosis and NLP. But I’m going to intend clarifying that by giving you my understanding of it.

Hypnosis is a technique that generates an altered state of consciousness in which the unconscious mind is more available to respond to change. And Hypnotherapy is a therapeutic approach that uses hypnosis. I think it is quite important to understand the difference between hypnotherapy and stage hypnosis. The unfortunate reputation of hypnosis comes from the latter, which has got an entertainment purpose. It uses hypnosis in a manipulative way in order to generate some unusual behaviours. On another hand, a hypnotherapist uses hypnosis in an ethical way, within the control, permission and full awareness of its subject. So a client will never do something he doesn’t agree with or doesn’t want to do.

As for NLP, it is a set of great tools that uses language to generate changes at the neurological level. NLP can be used in transformational coaching, but also to improve communication, in business, sales and in many other areas. It is widely recognised that NLP techniques are also very powerful in a therapeutic context. So what are the benefits of combining it with hypnotherapy? When clients come to see an NLP practitioner, it’s safe to assume they’ve already tried to sort out their issues but weren’t successful. That suggests the cause of their issue is rooted in their unconscious mind. In my experience, when using NLP without the help of hypnosis, it engages a lot more the conscious mind. That leads very often to interference of negative thoughts and barriers, which prevent to work on the root cause of the issue. The use of hypnosis allows the client to enter a gentle relaxed state in which they can start to change at a deeper level.

It is very helpful to have a deep understanding of some hypnotherapy techniques. I had once a client who came into my practice and told me he only wanted to be treated with Hypnotherapy. In order to fit his model of the world, I gave his unconscious mind some suggestions guiding him towards his desired outcome, using metaphors and unconscious reframing. But I found that the changes that my client was getting happened much slower than when using a combination of NLP and hypnotherapy techniques. Based on this, I have noticed that Hypnotherapy actually works better when supported by a CD to listen every day, as daily suggestions are more effective and work faster than weekly ones…

All those reflections brought me to describe their difference as follow: during a hypnotherapy session, the client is very passive whilst the therapist does most of the work; as with NLP, the client is actively engaged in doing some exercises to reprogram their brain whilst their conscious mind is still very active. Actually, some NLP techniques could very well be taken for hypnotherapy ones, as the creators of NLP modelled hypnotherapists…so there’s a fine line between those two methods and I would conclude by saying that their alliance helps the conscious mind to reprogram the unconscious one at a deeper level. And as two heads are better than one, two different approaches combined are more effective than each taken separately.

For more info on what hypnotherapy can help with check that link http://connecthypnotherapy.com/10-benefits-of-hypnotherapy