In the NLP world, the unconscious mind refers to everything that is not under immediate conscious awareness or control. For example, you don’t consciously ask your heart to beat; or you don’t remember consciously to breathe every few seconds; Or to engage your digestive system after every meal. All those body functions are therefore controlled by your unconscious mind. 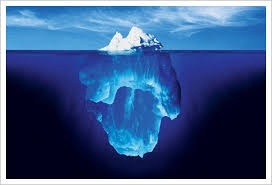 In the NLP world, the unconscious mind refers to everything that is not under immediate conscious awareness or control. For example, you don’t consciously ask your heart to beat; or you don’t remember consciously to breathe every few seconds; Or to engage your digestive system after every meal. All those body functions are therefore controlled by your unconscious mind.

In the same way that the unconscious mind is in charge of regulating our bodily functions, another of its role is to filter the two billion pieces of information that come through our senses every day so we don’t feel overloaded. It also stores and organizes our memories and creates our emotions. Have you ever noticed that when you feel an emotion, you don’t actually choose to have that emotion; it actually feels like it just happened to you? That’s a sure sign that your unconscious is at play. I often hear clients telling me they feel guilty to have some particular emotions, like anger or fear. But how can it be their fault if they have no conscious involvement in it? Even with that simple realisation, understanding the respective roles of the conscious and unconscious mind can create very powerful changes in clients.

So what would be an example of a conscious function? When you decide to lift your arm for example; or consciously decide to cook a nice meal. But if you unintentionally hurt someone with your words or behavior, did you do it consciously or unconsciously? This is not to say that you can discharge yourself from taking responsibility, but rather it could empower you to step away from a passive guilt, begin to feel more confident instead and start looking for some ways to fix it!

Generally most of the issues people come to see me for are governed by the unconscious mind. The common factor between those issues is that they know they have this problem, they can sometimes even understand where it comes from but they are unable to solve it. That is the definition of a behavior or pattern that is unconscious. For example smokers know the cigarette is bad for them, but they can’t stop; or you know a chocolate cake isn’t the best thing to eat when you’re on a diet, but you still find yourself eating it; Or you consciously know you’re a great person because your friends told you so and you have achieved great things in your life, but you can’t help not being confident in some situations; and that’s when NLP and hypnotherapy come in.

Hypnotherapy and NLP help working on those unconscious patterns and change them into something more useful. Because if you try to work consciously on an unconscious pattern the chances are that even if you manage to achieve some changes, they will be quite small and won’t last; It’s a bit like if your computer was broken, and in order to repair it you would kindly speak to it trying to convince it to work-again-because-it-prevents-you-to-do-your-job instead of changing the old broken piece in it.

I like to compare the unconscious mind to a computer. When you get a new computer it’s full of programs that have some precise functions. But from time to time you see a window popping up and telling you that you need to update a program. Otherwise it will be out of date and you know your computer won’t work very well. I feel that the unconscious mind is the same. When you grow up and build your learning experiences, you’re creating a lot of behaviors and beliefs that then stay with you and get stored in your unconscious mind. But as you keep changing and evolving, on another hand those patterns keep running in their original version. And some of them may need to be changed and updated in order for you to keep functioning at the best of your potential. And that’s precisely what NLP (Neuro-linguistic programming) does: it updates those old beliefs and behaviors to adapt them to your current needs. You re-program your unconscious mind by teaching your brain some new, more useful behaviors and emotional responses.

Over the years of practicing NLP and hypnotherapy, I discovered that it can actually help with a lot of issues. From simple ones like wasting time on Facebook rather than doing this important piece of work you’re supposed to finish by tomorrow through to changing some stubborn and problematic negative emotional responses created during your childhood.

When I was a full time professional musician, I used to suffer from stage fright, which is very common to most performers and public speakers. It’s was like my mind was programmed to generate fear as soon as I put a foot on a stage. So I used those tools endlessly in empowering me during my performances, teaching my unconscious mind that it was indeed an enjoyable exiting time. Progressively the old fear disappeared as I “updated my inner program” and it became a very different, enjoyable and joyful experience to perform.

So the unconscious mind is the central player in NLP work – it’s where we work to create the greatest most enduring change. The question now is where is it not serving you?
What emotions or negative responses in your life happen automatically? How different would your life be if instead a new empowering response would automatically pop up without you having to consciously do anything about it? What would that allow you to do that you currently feel is difficult or impossible?